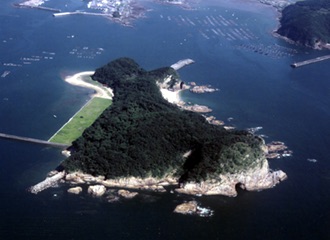 Birou island and it’s tall cliffs were created by volcanic activity in the area. The island was named Birou because of the many Birou trees which used to cover the island. Many birds live on Birou Island. Among these many birds, the Japanese Murrelet is the most famous and Birou Island is the largest breeding ground in the world for this bird. Japanese Murrelet is a rare bird that spends most of its life on the water and swims underwater as if it’s flying. It is registered as a Natural Monument by the Japanese government.