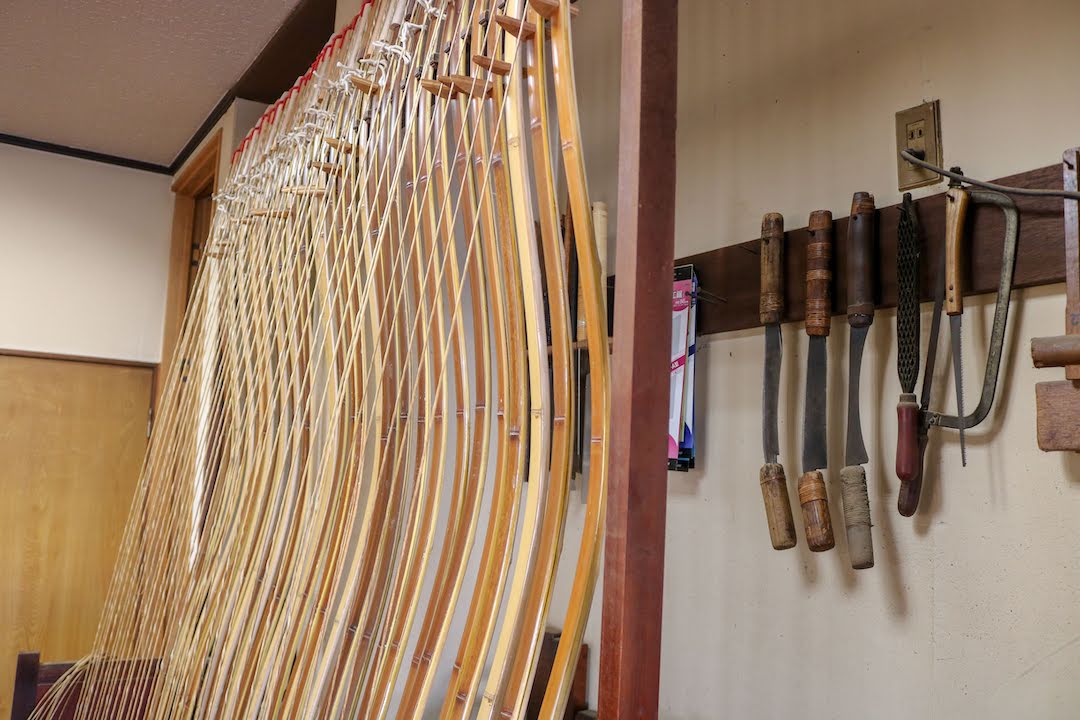 The craftsmanship of a master, traditional crafts of Miyazaki

Japan is a country known for its rich history and art, especially from the feudal era of Japan when Samurai and Ninjas were an actual thing and not just a tourist attraction. The art of the Samurai may be lost to the tourism industry but the spirit of craftsmanship of traditional artists has continued to thrive unchanged for hundreds of years.

Another place where traditional crafts are often used is in martial arts. 90% of bamboo bows used for Kyudo(Japanese archery) are made in Miyazaki Prefecture. In this article, we will focus on the Miyakonojo Daikyu (Longbow) which is produced in Miyakonojo City.

First of all, there are over 200 steps to make a longbow and all of these steps are done by a single craftsman. The most difficult step is the process of carving the bamboo. If the bamboo is carved even slightly too deep, the balance of the bow is broken. It takes 10 years of training and practicing to become a fully qualified craftsman as the slightest mistake in any of the 200 steps makes an inferior bow.

Another point that makes Miyakonojo Daikyu so special is the material they use. The bows are made from bamboo and wax tree, and the quality of these materials is everything. Absolutely no compromises are made to make the best bow possible and only the finest materials are selected. This means, if they find any bamboo or wax tree that doesn’t meet their strict quality standard, it is thrown out without question.

The selected materials are then treated on-site to create the perfect bow material. Preparing the bamboo takes 2 and a half years and the wax tree is dried for 20 years. Patience and long-term commitment are essential to create such a high-quality bow.

Traditional crafts like the Miyakonojo Daikyu that are created by master craftsman with no compromises made, are a true reflection of the perfectionism that created such a rich and vibrant culture in Japan. These crafts are a great way to appreciate Japan’s heritage and make a more than suitable souvenir for any occasion. Don’t miss out on experiencing this fine slice of Japanese culture.

This article was written in January 2019.
Some photos used in this article were taken at an earlier date.