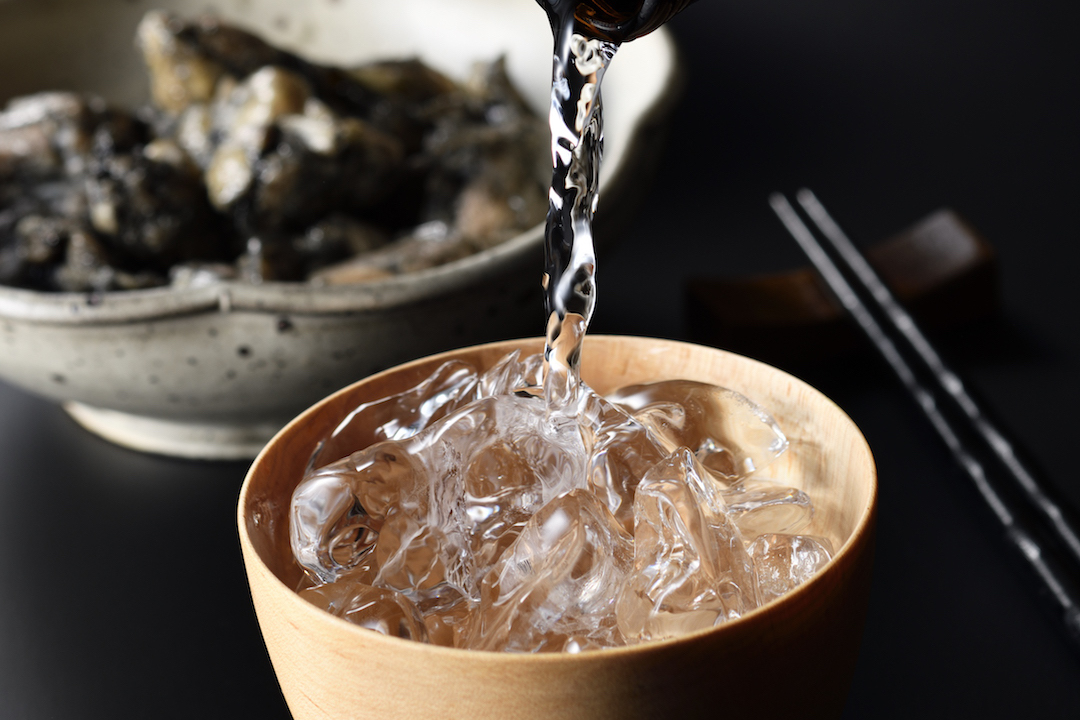 Not to be mistaken for sake, which is brewed from polished rice, shochu is Japan’s oldest distilled alcoholic beverage with a 500-year history that is rooted in southern Kyushu. Closely related to awamori, which is produced and enjoyed in Okinawa, shochu was first made in Japan after distillation technology reached the archipelago via ancient trade routes.

When the sweet potato found its way to Kyushu in 1705, it quickly spread across the country and became a popular ingredient for making the beverage. Today, shochu is made from a variety of ingredients, including brown sugar and buckwheat, and is so popular that supply barely keeps up with demand. It is a mainstay in bars, restaurants and convenience and liquor stores across the country.

So what is it about this ancient drink that makes it so sought-after? Well, for one thing, it’s simply delicious. A wide variety of base ingredients ensures that no one bottle of shochu tastes quite like another, resulting in endless possibilities for flavors and aromas. Shochu has a great flexibility of serving styles too; it can be enjoyed hot or cold, neat or on the rocks, with or without garnish, or mixed in a cocktail. It pairs well with all types of cuisine and is appropriate to drink before, during and after meals. It also has a relatively low-calorie count for its high ABV, and because it is consumed moderately, causes less of a hangover.

The production of shochu typically starts with rice that is soaked in water and allowed to germinate. The sprouting process is then quickly halted through the use of high temperatures so that the starches inside the grains can be easily modified into sugars. Mold spores, called koji-kin are sprinkled over and left to spread throughout the rice. The resultant koji is then mixed with water and yeast to create a mash that sits in giant earthenware pots for 5-8 days, fermenting. During this time, the base ingredients are prepared and later added with water to the mash, or moromi, bubbling away in the pots. After another week of fermentation, the second moromi is boiled in a pot still, from which the alcohol vapors rise and are collected.

Miyazaki is part of the heart and soul of shochu production in Japan, boasting 38 distilleries and ranking first in the country for shipment quantity. The prefecture produces a wide range of different brands ranging from 14 – 25% ABV (although 20% ABV is most common). Made from ingredients such as chestnut and corn, Miyazaki’s shochu is an excellent accompaniment to the prefecture’s traditional dishes, like chicken soba and Miyazaki beef.

Shochu can be enjoyed at almost any restaurant or bar in Miyazaki. Visitors can also learn more about this fascinating drink by taking a tour of one of the prefecture’s many distilleries. Sip on chestnut shochu at the Sato Shochu Seizojo in Nobeoka, while a tour guide delves into the history of the distillery, or visit the Shusen-no-mori Eco Park in Aya Town, where you can enjoy shochu made by Unkai Shuzo Brewery and other local products.

Sato Shochu Seizojo is a 1.5- hour bus ride from Miyazaki City via the Higashi Kyushu Expressway. The Shusen-no-Mori Eco Park in Aya Town is a bit more difficult to get to via public transportation, but is just a 30-minute drive from Miyazaki City.

This article was written in Spetember 2018.
Some photos used in this article were taken at an earlier date.