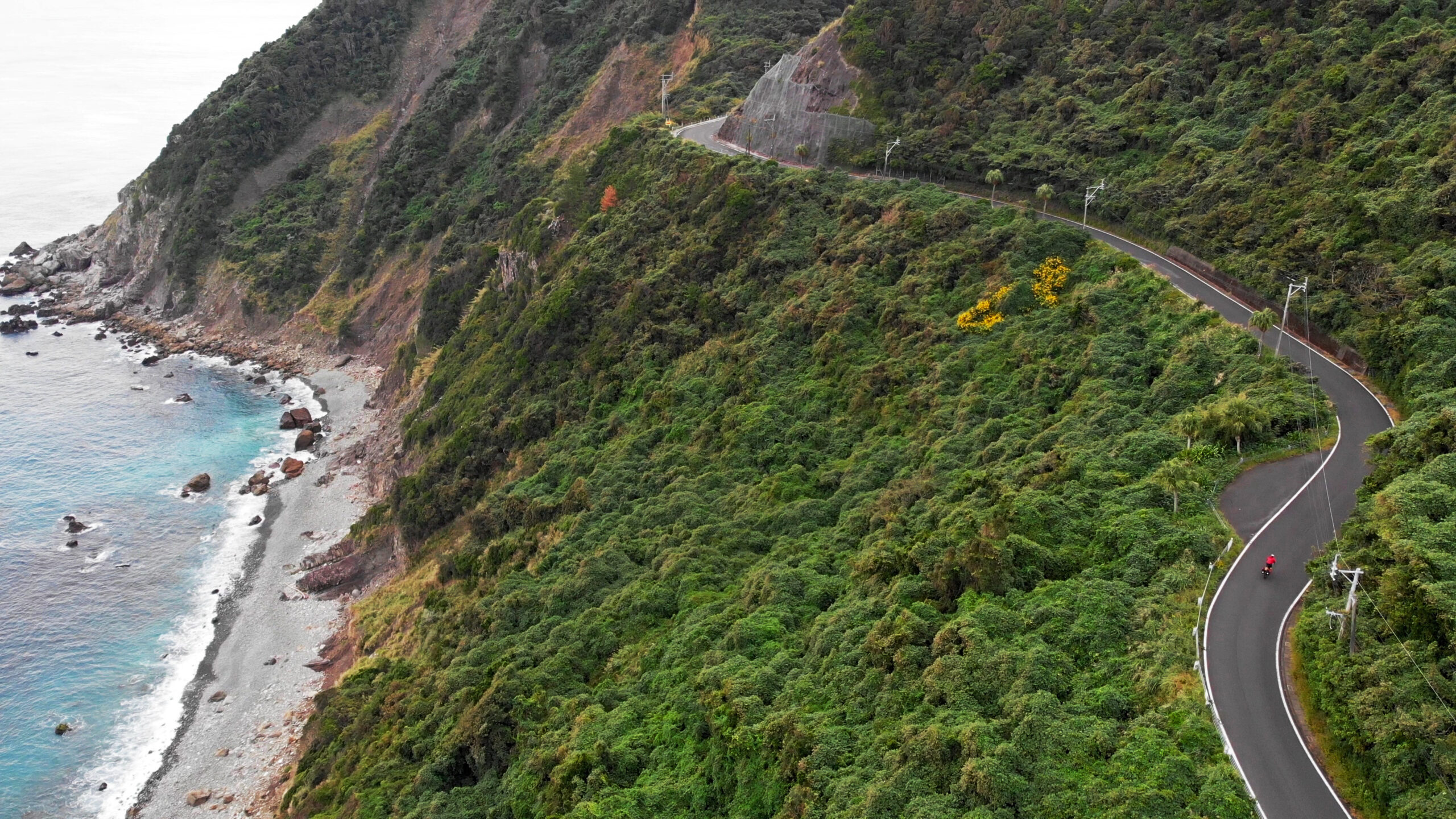 A Japanese Invitation to Ride

During the pandemic, Japan was virtually closed to tourists. Those in the tourism industry in Japan must now bring the tourist market back to life. Among the many saddled with this task is bicycle tour operator Kenichi Kawamura.

RadMarkt first reported on Kenichi Kawamura back in 2012. An enthusiastic surfer and cyclist, Kawamura offered special bike trips to local and foreign tourists through his agencies Aloha Biketrip and Cycling Japan. Eight years later Corona came to Japan. So what’s the situation now?

Japan did not allow tourists into the country until June 2022. Nevertheless, in May RadMarkt’s editor had the opportunity to visit Kawamura at his new home in Miyazaki Prefecture on Kyushu, the southernmost of Japan’s four main islands.

Up until 2011, seventy percent of travel bookings in Japan came from abroad and thirty percent from the domestic market. After the Fukushima disaster, the ratio fell to 50-50. Yet the industry rebounded quickly as the Japanese government proclaimed tourism an important economic sector and invested accordingly.

Interest in Japan as a tourist destination has increased dramatically in the West, but even more so in Asia, where Kawamura sees the greatest potential. As such he generates 90 percent of his sales with foreigner-oriented Cycling Japan, with the remaining 10 percent coming via Aloha Biketrip.

Taiwan Leads the Pack Toward Japan

Taiwanese cyclists in particular have discovered Japan as an attractive travel destination, thanks in part to Giant Bicycles founder King Liu. In 2007, the then 73-year-old triggered a craze in his home country of Taiwan with a sensational circumnavigation of the island by bicycle – a feat that continues to have an impact today. The Taiwanese had until that time been known more as leading bicycle manufacturers than as enthusiastic cyclists. But in the wake of Liu’s ride Taiwanese interest in cycling outgrew Taiwan’s cycling routes, leading to Giant Adventure Tours offering bike tours to Japan.

Even before this, Kawamura had been assisting more than a hundred Taiwanese cyclists every year at the Mt. Fuji Hill Climb cycling race. In the meantime, he says, there is a trend regardless of nationality toward an “all-around worry-free package tour with longer routes on asphalt.” This can encompass adventure tours with overnight stays at campsites as well as cultural and leisure tours with overnight stays in classic Japanese inns or upscale hotels.

The adventure cycling tour market in particular has grown, thanks to the gravel bike boom and the micro-adventure trend. Kawamura expects that he will be able to attract a lot of cyclists from the West where, as he explains, “road bikes and gravel bikes are the focus.”

Asian customers, on the other hand, tend to prefer a more leisurely approach, gravitating toward touring bikes and E-bikes. Mainly from Hong Kong, Singapore, Thailand, and now China, many have little experience cycling for long periods of time. For these customers, Kawamura offers comfortable day trips under forty kilometers.

The 2018-19 pre-Corona season was the most successful to date for Ken Kawamura and his seven-member team. During the pandemic years, his company survived thanks in part to government aid. For 2022, they are cautiously optimistic about a comeback. “Since June 10th, 20,000 people per day have been allowed into the country,” Kawamura reports – a number that has since grown to 50,000. “These first tourists were required to arrive in groups, led start-to-finish by locally registered tour guides. Unfortunately, individual travelers like the customers we attract have had to wait. Nevertheless, we have a good booking situation for autumn – not like before Corona, of course, but enough for a promising new start.«

Since 2018, Kawamura and his company, originally based in the Tokyo area, have called Miyazaki Prefecture home. Although the Tokyo region is attractive, the southwestern main island of Kyushu offers active volcanoes, great beaches, and numerous hot springs, all in an alluring subtropical climate.

Kawamura tells us that here in Kyushu the people are not as officious as one from the West would imagine Japanese people to be. “Miyazaki Prefecture exudes a certain laid-back charm. Because of the climate alone, people tend to take it easy. Yet they are happy about every foreigner who is interested in their homeland.«

The prefecture, which is dominated by agriculture and where everything you plant seems to grow, is attracting young Japanese with its surfing beaches, inexpensive self-sufficiency (e.g. home farming), and housing options.

Jonathan Yamakawa, the “Belgian Japanese” who also lives in Miyazaki, would agree. “Corona has given the whole rural life idea another big boost. Many young Japanese have had time to think about their lifestyle. In addition to ecological cultivation and organic farming, there are many old houses in the countryside that can be rented cheaply. So why not move to the countryside and work in a home office? More and more young families are taking this step.”

Yamakawa is an avid surfer, has bought an electric car, and together with his partner runs Natural Junk Food, a “one hundred percent organic and plant-based” natural food supplier. He accompanied us on a pedelec along the coast to Cape Toi, the southernmost point of Miyazaki, about 40 kilometers away. The national park is known for its wild horses, among other things.

A tour Cycling Japan offers to the town of Obi, right up the road from the city of Nichinan, is short yet particularly interesting for cyclists interested in culture. It is not so much the remaining vestiges of Obi Castle, ruled over 14 generations by the Ito family, but rather the well-preserved samurai houses that attract visitors to this village. The old streets lined with traditional shops and samurai residences harken back to the Edo period (1603 to 1868), and have been designated as one of Japan’s Preservation Districts of Historical Buildings.

Today, Obi Town is also known as “Little Kyoto of Kyushu”, but it is not as plagued by visitors as the Imperial City, which has long suffered from over-tourism.

Another tour takes us into the Kirishima Mountains, which stretch from Miyazaki into the neighboring prefecture of Kagoshima. Boasting more than 20 volcanoes, these mountains are part of the Kirishima Kinkowan National Park.

The starting point of this adventure tour is Lake Miike, 305 meters above sea level and, at 103 meters deep, the deepest crater lake in Japan. We pitch our tents on a campsite right on the shore. In the evening we sit around a campfire, enjoying Kawamura’s skill at cooking using small utensils.

The next morning, after a hearty campsite breakfast, we ride along old country roads to Kirishima Jingu, a nationally-recognized shrine where the gods are said to have once descended. The highlight of the shrine, located in the forest, is a sacred tree that is considered the ancestor of all pine trees in southern Kyushu. The 35-meter pine is about 800 years old.

From there, we take a forested road over a pass to Ebino Kogen, a plateau 1,200 meters above sea level framed by several active volcanoes. Ebino Kogen means “crab plateau” because the pampas grass takes on a pink hue in late summer due to the iron in the groundwater.

Up here, even in the height of summer, one encounters a mild climate that seems detached from the subtropical conditions in the lowlands. The steam rising from several volcanic craters and the smell of sulfur in the air leaves no doubt that one is standing on “living earth” here. After a 17-kilometer descent and a ride through the lush farmland at the foot of the Kirishima Mountains we head back toward Lake Miike, finishing a 73-kilometer tour covering 1,760 meters of climbing.

Editor’s note: While flights are presently expensive the cost is offset to a degree by the exchange rates of the weak yen.

<Photo 2>
Up and down:
The coastal road towards Cape Toi.

<Photo 4>
Taking a quick break at one of Miyazaki’s quiet surfing beaches.

<Photo 6>
One of the more than 20 volcanoes of Kirishima Kinkowan National Park.

This article was written in January 2023.
Some photos used in this article were taken at an earlier date.